PROGRESS:
With the help of Taiwan’s Shinkong Wu Ho-su Memorial Hospital, Palau will hopefully have more than 50 percent of its population vaccinated by April 30

The Central Epidemic Command Center (CECC) yesterday confirmed that it is mulling a “travel bubble” between Taiwan and Palau.

Centers for Disease Control (CDC) Deputy Director-General Chuang Jen-hsiang (莊人祥), who is the CECC’s spokesperson, said the travel bubble plan has been discussed continuously, and a meeting to conclude the matter would take place in the next few days.

Shinkong Wu Ho-su Memorial Hospital has been supporting medical treatment and COVID-19 testing in Palau, so it understands the situation there well, and there has not been any COVID-19 outbreak in Palau, he said. 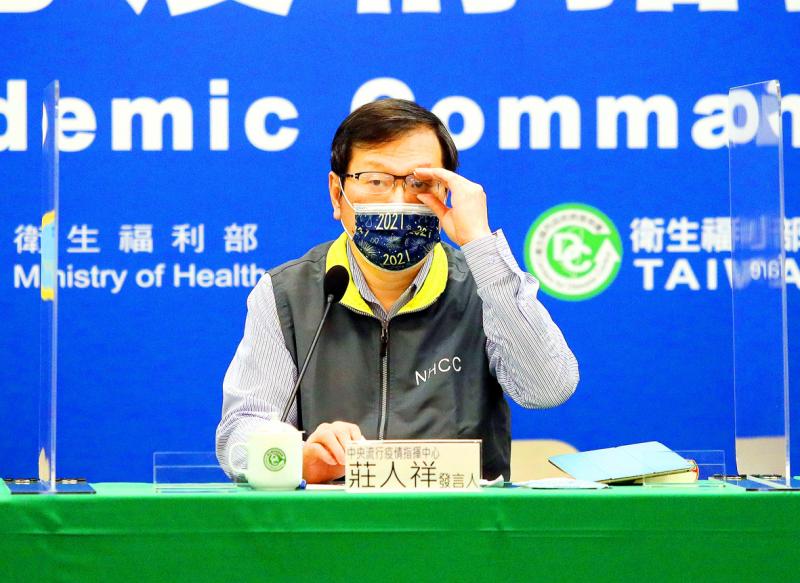 A number of plans are being discussed, but the details would only be announced after a final decision is made, hospital vice superintendent Hung Tzu-jen (洪子仁) said.

About 17 percent of the population in Palau have received the Moderna Inc COVID-19 vaccine, Hung said.

The hospital would help with vaccinations in Palau from next week, so that a coverage rate of more than 50 percent could hopefully be reached by the end of next month, he said.

Taiwan and Palau are discussing a plan to set up a traveler verification center, so that when people undergo a polymerase chain reaction (PCR) test at a designated hospital before traveling to Palau, the test result would be submitted directly to the center, making entry procedures more convenient for travelers, Hung said.

As for whether travelers to Palau would be required to take a PCR or antibody test upon arrival, and whether they would need to quarantine or practice self-health management after returning to Taiwan, that would be discussed by the CECC and specialists, Hung said.

One is an Indian in his 30s who arrived in Taiwan for work on Feb. 18 from India and transited through Dubai, Chuang said.

The man provided a negative PCR test result and did not have any symptoms after arrival, so he stayed in a quarantine hotel, Chuang said, adding that he took a paid PCR test on Friday after completing his quarantine, and the result came back positive yesterday.

The other is a Filipina in her 30s who arrived in Taiwan for work on Friday and also provided a negative PCR test result, but she had a fever upon arrival at the airport, so medical treatment and testing were arranged for her, he said.

The test result came back positive yesterday, he said, adding that 13 passengers who sat close to her on the flight to Taiwan have been placed under home isolation.

As for the case of a Taiwanese man who arrived in Vietnam on Feb. 19, tested negative twice on Feb. 19 and Feb. 20, but was reported by Vietnamese health authorities as having tested positive on Thursday, Chuang said that four of his close contacts in Taiwan tested negative in PCR and antibody tests on Saturday.

“The case has likely not caused any infection risk in Taiwan,” he said.

Sun Mar 7 , 2021
PITTSFORD- Hillsdale Academy Stays Undefeated The Pittsford Wildcats came into Friday night with the hope to compete against an opponent that seems to be unstoppable so far this season. The only loss going into the night for Pittsford was against the Hillsdale Academy Colts’ Varsity Boys basketball team. The First […]