Genting Americas and Resorts World Catskills through the entity Monticello Raceway Management Inc. (MRM) last night told the Newburgh Town Board that its plan to create a video gaming facility at the Newburgh Mall would create 215 full-time jobs and net the town $3 million annually.

The cost of the project is estimated at $32 million and would create 200 construction jobs. According to Resorts World, the average annual wage for full-time employees would be $72,000 a year, including salary and benefits.

The proposed facility would be leased from the mall property owner. Resorts World suggested it would contribute $3 million annually to the town through a Host Community Benefit Agreement as well as an estimated $65 million annually to support public schools through payments to the New York Lottery Education Fund.

Empire Resorts’ wholly owned subsidiary Monticello Raceway Management Inc., owns and operates the Monticello Casino and Raceway in Sullivan County. It’s on a 230-acre property that includes a gaming and entertainment complex with 1,110 video machines on a 45,000-square foot gaming floor with a separate area for high-stakes machines.

Attorney Kelly M. Naughton of the Goshen law firm Burke, Miele, Golden & Naughton LLP submitted a petition to amend the local zoning code to revise the definition of a shopping center in order to allow video lottery gaming facilities. She also sent a proposed notice by which the Town Board would declare itself to be lead agency for an environmental review.

Also required from the town would be site plan approval to convert the Bon Ton department store, consisting of approximately 90,000 square feet of leasable area at the north end of the mall, into an entertainment facility with up to 1,400 video lottery terminals. The entire Newburgh Mall building contains approximately 390,000 square feet of leasable space and the property has about 1,700 parking spaces.

A traffic study by Laser Consulting of Valhalla presented data indicating that peak hours for traffic at Resorts World’s facility in Queens generally occurred on Fridays and Saturdays between 8 and 10 p.m. and said that similar peak hours were expected for the Newburgh facility. It stated that because the Newburgh Mall closes at 8 p.m., traffic generation for the rest of the mall would be minimal during the expected peak hours for the proposed gaming facility.

In a news release, Resorts World quoted Newburgh Town Supervisor Gil Piaquadio as saying, “We look forward to working with Resorts World through the process to create a new destination in Newburgh that benefits residents and small businesses alike.”

Todd Diorio, president of the Hudson Valley Building & Construction Trades Council, said, “We are focused on getting our members back to work after our economy was crippled by the pandemic and this project accomplishes exactly that. Genting has always been a great partner for the union trades and we look forward to continuing to build upon that relationship with the construction of Resorts World Hudson Valley.”

State Sen. James Skoufis of the 39th Senate District, which includes Newburgh, was quoted as saying, “When Resorts World first approached me nearly two years ago seeking support for a proposal to bring a gaming center to Orange County, I made my priorities clear to them: jobs; revitalizing a blight; and local community benefits. This project does all three.”

Orange County Executive Steven Neuhaus also expressed support for the project. “The proposed plans for Resorts World Hudson Valley delivers on the commitment Genting made to Orange County. It is an investment in jobs, in growth and in the future of Orange County, and it will have an immediate and positive impact at a time when we need it the most,” Neuhaus said.

Wed Feb 24 , 2021
(CNN) — A new app to help travelers store and manage their certifications for Covid-19 tests and vaccines is set to launch next month. The IATA Travel Pass is being developed by the International Air Transport Association (IATA), the global trade association of which 290 airlines are a member. The […] 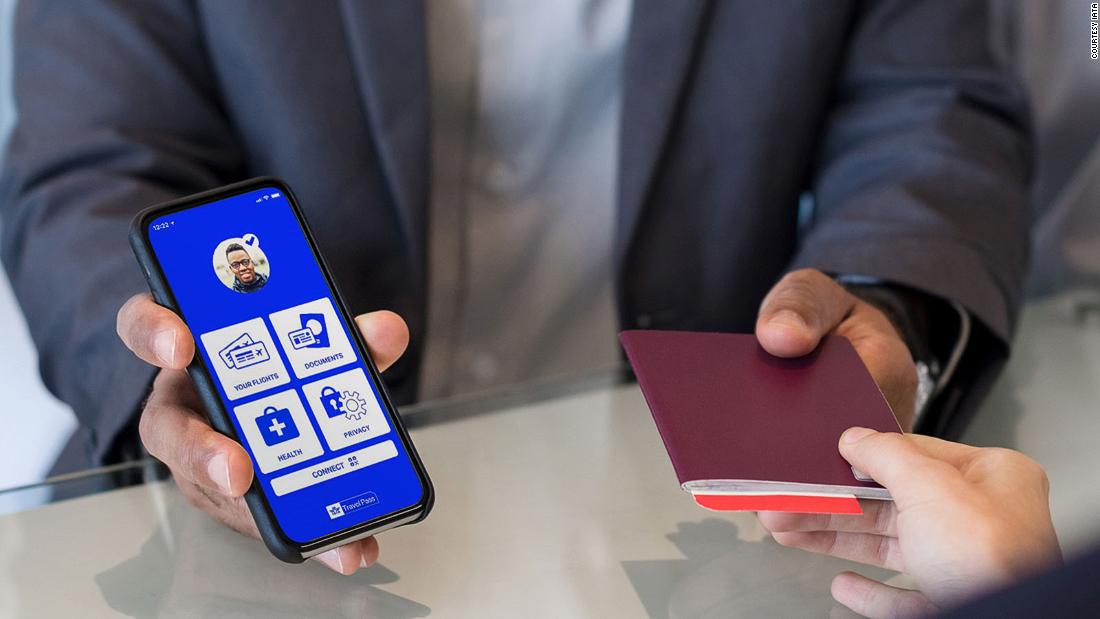