The most recent jobs report was disappointing. Only 235,000 jobs were created in August 2021, versus an expectation of 720,000. Leisure and hospitality jobs had led the way this year — until August. For the six months before August 2021, those industries had averaged 350,000 new jobs per month. Last month there were no job gains in the sectors. The drop-off in leisure and hospitality resulted in August’s jobs gains being the weakest monthly gain since January 2021.

The weakness was attributed to rising COVID-19 cases. Consumer demand ticked down as the uncertainty regarding new infections went up. U.S. infection cases are up to about 150,000 cases a day. The jobs report saw an increase of about 400,000 people who said they couldn’t work for pandemic-related reasons, bringing the total to 5.6 million. The reluctance of would-be workers confirmed the apprehension of businesses to bring on new employees. Corporations paused hiring as hot, hot, hot economic growth cooled to merely hot.

The Delta variant wave is a caterwauling reminder that the pandemic remains one of the most critical factors driving the economy, if not the single most crucial factor. One other significant factor is that, beginning as early as June 2021, roughly half of U.S. states opted out of taking the federal $300 weekly plus-up for unemployment benefits. Governors of those states argued that businesses were competing against the federal benefits for workers. Those additional federal plus-up benefits were eliminated for every state on Labor Day, September 6, 2021.

The governors hypothesized that by eliminating the additional benefit, people would go back to work. It’s too early to determine if that hypothesis is true or not. However, it is possible that the unintended consequence of denying those people that extra $300 per week resulted in the drop in aggregate demand. It’ll be interesting to look at all the data once enough time has passed in order to measure the fallout correctly. Not that there needs to be computational time; there needs to be enough time to compare periods. However, thus far, economists at JP Morgan and Columbia University have found “zero correlation” between job growth and states’ decisions to opt-out of federal unemployment aid.

We don’t yet honestly know the effect of eliminating those additional $300 weekly payments. If dropping the extra unemployment benefits does fail to pull people back into the workforce, it could create a negative feedback loop. Demand for goods and services will drop, and businesses won’t need to hire as many people. This risk is heightened because, as of September 6, 2021, benefits for self-employed and gig workers (freelancers) were terminated. Also on Labor Day, special consideration was canceled for those unemployed for more than six months. Roughly 8.9 million Americans will lose all or some of these benefits. For comparison, during the Financial Crisis of 2008, jobless benefits of different forms that began in 2008–2009 were extended until 2013. When those benefits ceased, there were 1.3 million people still receiving amped-up aid.

There was some good news from the most recent jobs report. Average hourly earnings were up 4.3% year-over-year (up 0.6% month-over-month). Though I’d argue that’s not as robust as it sounds since there were no job gains in leisure and hospitality. Those workers are often paid relatively less than average, so the resultant aggregate wage growth calculation was misleadingly high.

I am optimistic about some control over the virus in the not-so-distant future (although it’ll probably feel like an eternity). That will keep a hot economy simmering. After all, the job placement firm Indeed says that there are a record 10.5 million U.S. job openings. ZipRecruiter, another job placement firm, got more nuanced and cited significantly more recent postings for travel, arts and entertainment, and education. When those 5.6 million people not working due to pandemic-related reasons eventually get back into the labor market, theoretically, they should find those jobs easily. However, I am concerned that good news is washed out by bad news in the rental market.

The Supreme Court struck down President Joe Biden’s attempt to extend the eviction moratorium, which ended September 4, 2021. Under both Trump and Biden, the federal government has done a horrible job properly doling out $46.5 billion in emergency rental assistance. Less than 11% of that money has been paid out, even though 6.7 million households are behind on rent.

This is a tough one for me to navigate emotionally. While I don’t want people kicked out of their apartments, it’s also hard on the mom-and-pop real estate owners. The latter are relying on that rental income to pay for their groceries and mortgages. Tenants owe an estimated $17 billion to landlords. More than twice that amount is sitting in federal coffers, seemingly out of reach of landlords. It has been a failure of public policy.

Blame is for the past, I suppose. Still, an estimated 750,000 households could now face losing their place of residence by the end of 2021 after going through the court’s eviction process. Thousands of eviction filings are already piled up in courts in the Atlanta area, ready to be processed. In New York, renters have been waiting on rental assistance for months, and now have run out of time. Not a single dollar of federal aid has been dispersed in New York as of the beginning of June 2021. In North Dakota, the number of eviction filings is outpacing the capacity of lawyers to help renters.

When these people and families leave their current residences, they’ll be faced with trying to find a new place to live. This could prove to be difficult because rent prices have gone up. In June 2021, the average rent for an apartment in the 150 largest U.S. metro areas was $1,513 per month. That was the highest level ever recorded. That’s 6.3 percent higher than 12 months prior, when many of these people already couldn’t afford to pay rent.

If people are pushed back into the workforce, it may not be because of the elimination of the federal $300 plus-up. It could be because the alternative is homelessness.

Allen Harris is the owner of Berkshire Money Management in Dalton, Mass., managing investments of more than $500 million. Unless specifically identified as original research or data-gathering, some or all of the data cited is attributable to third-party sources. Unless stated otherwise, any mention of specific securities or investments is for illustrative purposes only. Adviser’s clients may or may not hold the securities discussed in their portfolios. Adviser makes no representations that any of the securities discussed have been or will be profitable. Full disclosures. Direct inquiries: [email protected] 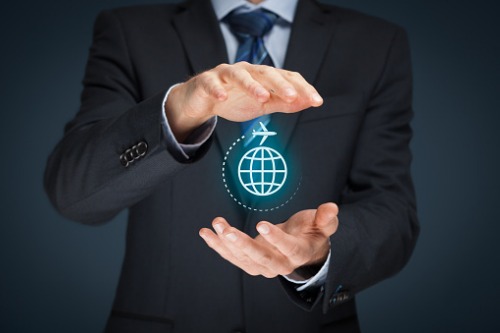