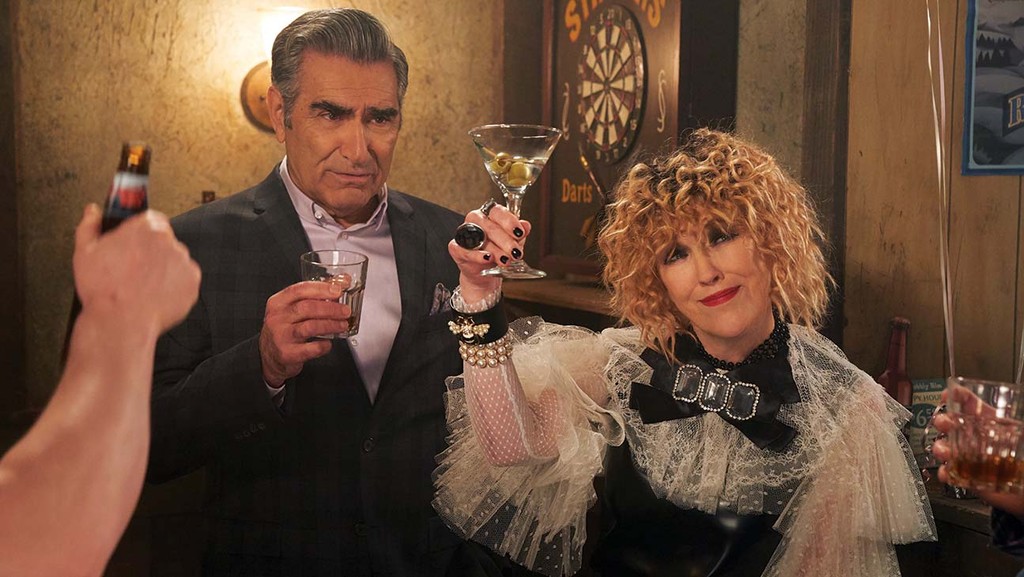 The Canadian Screen Awards has revealed its nominations for its upcoming virtual ceremony, and Schitt’s Creek leads the film and TV field with a total of 21 mentions, including for best comedy.

Schitt’s Creek, originally a CBC and then a Pop TV comedy before securing cult status on Netflix, also nabbed a field-leading 26 nominations for the 2020 edition of Canada’s film and TV awards last year. For the 2021 awards show, Annie Murphy, Dan Levy, Eugene Levy and Catherine O’Hara scored acting noms for their lead roles in the Canadian sitcom that swept the Emmys and ended with its sixth season.

In the TV categories, Cardinal: Until The Night and the indigenous drama Trickster each received 15 nominations each. Schitt’s Creek will compete in the best comedy competition with Baroness Von Sketch Show, Kim’s Convenience, Letterkenny and Workin’ Moms.

And the best drama category will pit Cardinal: Until The Night against Burden of Truth, which stars Kristin Kreuk, Departure, Transplant and Vikings.

On the film front, the indigenous zombie tale Blood Quantum topped nominations with 10, though director Jeff Barnaby received no best direction or best motion picture nods, just one for best original screenplay and a slew of craft mentions for his genre treatment of Canada’s colonial past. Barnaby’s horror pic leading the film field followed rule changes from the organization behind the Canadian Screen Awards around the eligibility requirements for Indigenous content for a more diverse overall nominations list.

The Academy of Canadian Cinema and Television stipulated that any Canadian Indigenous project submitted to the national film and TV awards from the 2021 edition must have at least two-thirds of its above-the-line talent identify as Indigenous or be from a production company that is majority Indigenous-owned. In late 2020, Michelle Latimer, who directed the first season of the TV drama Trickster about an Indigenous teen struggling to support his dysfunctional family as myth, magic and monsters seep into his life, apologized for misleadingly claiming Indigenous family roots in a Quebec Algonquin community when promoting her documentary Inconvenient Indian ahead of the Toronto Film Festival.

The national film and TV awards will hand out its high-profile trophies on May 20 online. A complete list of nominees is available on the Academy of Canadian Cinema and Television’s website.