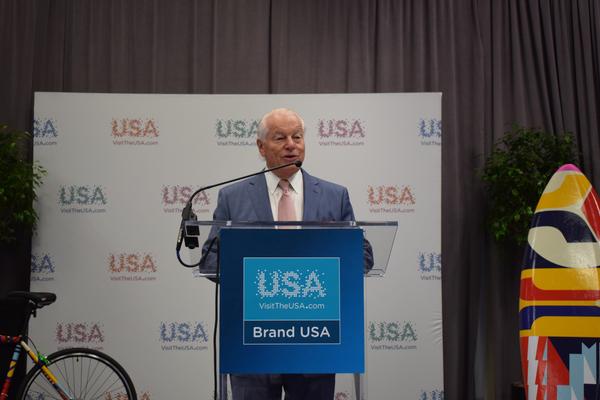 The head of the U.S. Travel Association can see the effects of the closed Canadian border every night.

Speaking with the media on a Zoom chat on Thursday, USTA President and CEO Roger Dow said he’s in St. Petersburg, Florida and can look at condos in his neighborhood every night. He sees which ones are dark and says it’s because they’re owned by Canadians.

Opening the border “is extraordinarily important,” Dow said in response to a question from TravelPulse Canada.

“A billion dollars a day goes across that border,” he said. “We need to get the Canadian traveller back. It’s the largest country for travel to the US and over 20 million Canadians come here, and it goes back and forth.

“We have to get that going,” Dow said. “It’s one of the most important things, especially for leisure markets like California, Arizona and Florida, Mississippi and Louisiana.”’

Dow said his group is lobbying to get all markets open for travel to the U.S. when it’s safe to do so, “but the Canadian market may be one of the easiest to get open based on protocols both countries are doing, and it would make to me the most sense to start stepping out in Canada fairly quickly and then look at the rest of the world where getting different treaties and agreements with countries is going to be a little more challenging. But it can be done.”

Tori Barnes, US Travel’s Executive Vice President of Public Affairs and Policy, said a number of US senators who represent states along the Canadian border, including Susan Collins of Maine, are talking about the need to get borders open.

“It’s something we expect congressional engagement on on a continuing basis,” she said.

Dow also said the US Travel Association is trying to get the Biden administration to perhaps provide a target date for when travel might resume.

“I think the US government could really set a specific date that they could push towards. Nothing’s a guarantee, we have to see how things go, but push towards opening travel. How about saying mid-May or May 30th, we’re going to look to get the steps in place and we’re going to be prudent and smart. But set a date so that people can then do some planning,” he said.

The Canadian-US border has been closed to all but essential traffic since March 21 of 2020. The Trudeau government last month extended that closure to March 21 of this year.