PHILLIPSTON — At 3:48 p.m. on Thursday, Feb. 18, NASA’s Perseverance Mars lander entered the Martian atmosphere at about 12,000 miles per hour. Plans called for a parachute to deploy and slow the descent of the mission’s rover to the planet’s surface.

Among those awaiting word that Perseverance had survived what has become known as “seven minutes of terror” and successfully touched down on the red planet were John and Caroline Williams of Phillipston. Their son, Nathan, is a mission specialist working at mission headquarters at the NASA’s Jet Propulsion Laboratory near Pasadena, California.

Because of the distance between the two planets, it takes about 14 minutes for radio signals to travel from Mars to Earth. So, after an agonizing wait, Nathan Williams and his parents learned that Perseverance had indeed landed successfully.

The Williamses moved to Phillipston in 1987 and, two years later, Nathan was born.

Caroline Williams said, “It’s not surprising that he ended up in a career heavily weighted toward science. He did, and does, have an aptitude for math and science comprehension. As far as doing this precise sort of thing, no; circumstances and his interests led him that way.”

While “The Big Bang Theory’s” Sheldon Cooper would cringe at the thought, it is Nathan’s knowledge of geology that makes him such a crucial addition to the Perseverance crew.

Caroline said the family almost always vacationed in areas where its members could get out into a natural environment. This seemed to feed Nathan’s curiosity.

“Growing up, we were always looking at rocks, and animals, and soil — everything,” said Caroline. “So, he grew up with that interest surrounding him.”

Nathan attended Phillipston Memorial Elementary School and, up until completing his sophomore year, Narragansett Regional High School in Phillipston. His last two years of secondary education were spent at the Massachusetts Academy for Math and Science, which is housed at Worcester Polytechnic Institute in Worcester. He graduated from the academy in 2007.

“While he was there,” she explained, “they have an agreement with WPI, so he was actually able to take college courses along with the college students who were there while he was in high school. He did want to graduate with his Narragansett friends, but Narragansett didn’t allow that at the time, so his diploma is from the academy.”

After high school, Nathan earned a bachelor’s degree in geological engineering at Cornell University. From there, his academic career took him to Arizona State University where he studies at the School of Earth and Space Exploration. He ultimately earned his master’s and Ph.D. in geological sciences. He secured his doctorate with a dissertation on lunar tectonic evolution and Martian crater formation.

“In other words,” said Caroline, “he’s been studying geology on the moon and Mars for quite a few years.”

His mother added that Nathan Williams has been involved with other NASA missions prior to Perseverance.

“In 2016, he joined JPL and in the intervening years he has worked on (Mars rover) Opportunity, which unfortunately — a year or two ago — expired. And he also worked on the Insight lander, which is there now.

“He also has provided assistance to Space X when Space X has requested help from NASA. He’s been tapped to do some work on those as well.”

She said his work on Perseverance is highly specialized.

“So, his specialization is in ‘remote sensing of planetary surfaces, particularly relating to tectonics, structural geology, geodesic surface morphology, and land-form evolution,’” she said, adding, “Obviously, I’m reading from the bio they put out.”

“The gist of what he does, though, is — on this particular project — he’s working in multiple areas, particularly with the images from Mars; with his background in geology, interpreting those images. He’s among those people who have been downloading the images that have been released to the public.

“He’s the one sending the code that is prompting (Perseverance) to send back the information. From there, he shoots it along to other folks. So, he’s in the process of collecting the information from the various cameras.”

Caroline added that Nathan has also “been involved in determining the best places to land, the best route to go when they start to go roaming. He’s also worked in support of the so-called ‘helicopter’ that will be flying around; determining where they may want to fly that.”

In addition to Nathan, the Williamses also have a daughter Rebecca who works educating disadvantaged youth in New Hampshire.

“We are all very proud of him,” Caroline concluded. “And I would say his 96-year-old grandmother is also very proud of what he’s done and accomplished.”

Greg Vine can be reached at [email protected]

Mon Feb 22 , 2021
TSA says it will hold virtual job fairs and is looking for part-time and full-time employees. SAN DIEGO — The Transportation Security Administration says it’s beefing up its security staff before the summer travel season gets underway. TSA announced Friday it’ll hire over 6,000 workers in the next few months. […] 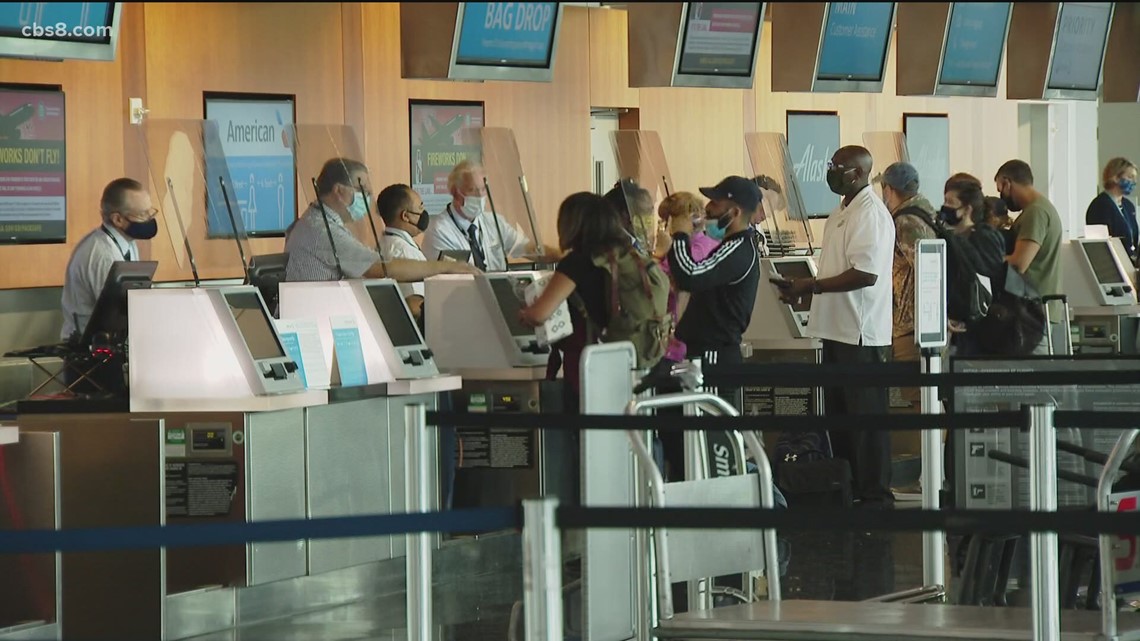