The islands of Palau and Taiwan have opened a reciprocal travel lane, allowing residents of both places to travel back and forth quarantine-free provided they follow certain guidelines.

The bubble, which Palau is calling a “sterile corridor,” kicked off on April 1. The first flight, on Taiwan’s China Airlines, is scheduled to leave Taipei’s Taoyuan International Airport at 2:30 p.m. and is due to arrive in Palau at 7:30 p.m. local time. Palau is one hour ahead of Taiwan.

Rules for participating are strict. Travelers on the first flight had to show up to the airport five and a half hours early so that they could be tested for Covid-19 on-site. The passengers’ test results were expected to arrive by 1:00 p.m., at which point they would get the all-clear to begin boarding.

And that’s not the only restriction.

Would-be vacationers must join up with one of six government-approved tour groups and are required to stick to strict itineraries. The respective governments have lists of approved attractions and hotels, while mask-wearing in public is mandatory.

Tour itineraries include trips to Palau’s famous “jellyfish lake,” a tour of the Japanese shipwreck at Lake Yamanaka, snorkeling opportunities (which include lessons for newbies), a visit to Chang Causeway Park (known as the world’s smallest national park), kayaking, an afternoon tea experience, a mud bath at Milky Lake (famed for its beautifying mud) and shopping.

Travelers on the inaugural Taiwan-to-Palau flight gather at Taipei’s airport ahead of their trip.

But not everyone is pleased with the news — or, at least, its implications.

China considers self-governed Taiwan to be part of its territory and strongly rejects any claim to the contrary. As a result, only 15 countries and territories — including Palau — have official diplomatic relations with Taiwan.

“I want to emphasize that the one-China principle is a recognized norm of international relations and a universal consensus that the vast majority of countries in the world agree to, accept, and practice. Adhering to the one-China principle is the trend of the people’s hearts,” Zhao Lijian, spokesperson for China’s Ministry of Foreign Affairs said in a press statement on March 29.

Both islands have done a stellar job of keeping Covid-19 at bay.

Taiwan has reported 1,022 cases and only 10 deaths, while Palau has had zero. Palau, which is home to about 18,000 people, embarked on an ambition vaccination program in January.
In November 2020, a planned bubble between Singapore and Hong Kong fell apart at the last minute when coronavirus cases spiked in the latter city.

According to local Taiwanese media, the island is looking into a similar bubble with Guam.

Thu Apr 1 , 2021
Issued on: 01/04/2021 – 07:14 Taoyuan (Taiwan) (AFP) Taiwan and Palau launched what is being billed as Asia-Pacific’s first coronavirus travel bubble on Thursday as the two diplomatic allies try to kickstart their battered tourist industries after successfully keeping infections at bay. Around 100 excited Taiwanese tourists arrived at Taoyuan […] 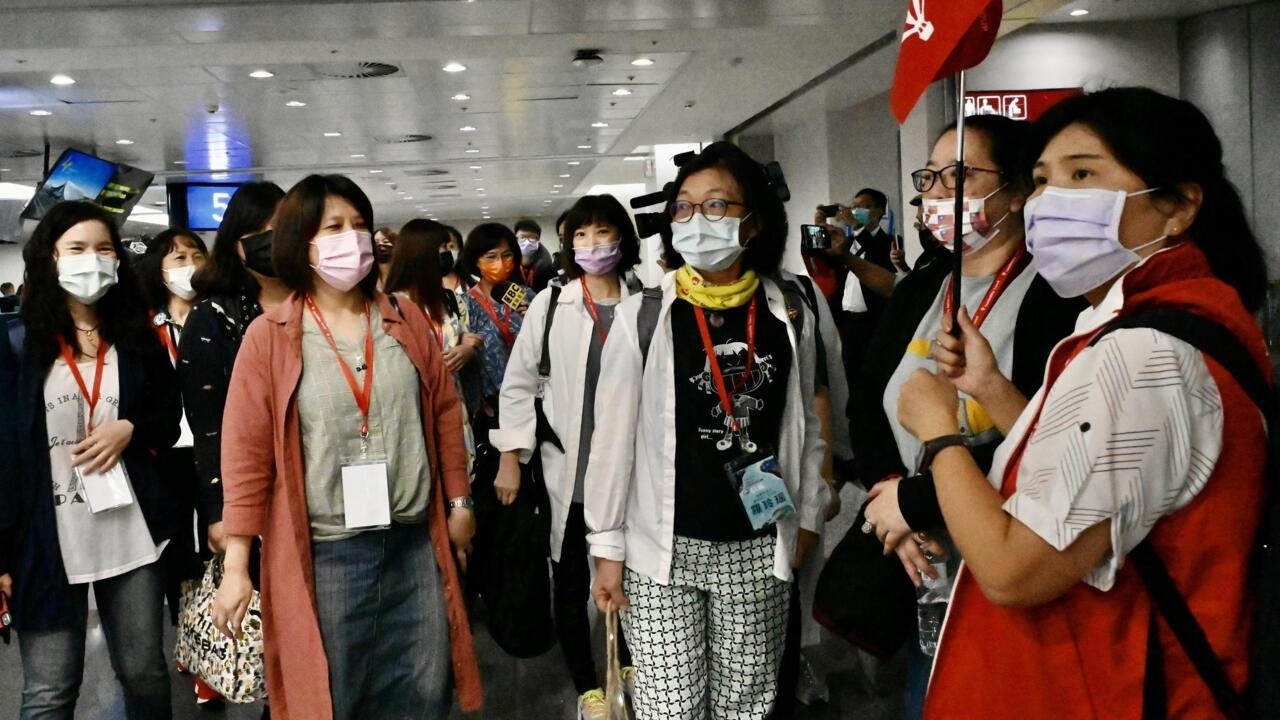