Even though the Centers for Disease Control and Prevention recommended that vaccinated individuals did not need to wear masks indoors two months ago, experts now are calling for people to “vax it and mask it.”

And the American Academy of Pediatrics issued recommendations Monday for the 2021-22 school year that include everyone older than age 2 wearing masks, regardless of vaccination status.

“Instead of vax it OR mask it, the emerging data suggest CDC should be advising to vax it and mask it in areas with (rising) cases and positivity until we see numbers going back down again,” former U.S. Surgeon General Dr. Jerome Adams said on Twitter.

The weekly rolling average for cases in the United States has nearly tripled in the last month. The pace of deaths also is up sharply — 24.7% from its low point two weeks ago.

CDC Director Rochelle Walensky said on NBC News that there may be contexts in which local officials need to make decisions different from national ones.

“There are areas of this country where about a third of people are vaccinated. They have low vaccination rates. And there are areas that have more disease,” Walensky said.

Also in the news:

►Costco Wholesale will continue to hold special operating hours for members 60 and older and vulnerable shoppers, reducing them to two days out of the week.

►The United States has upgraded its travel warnings for Britain, Indonesia and three other destinations, advising Americans not to travel there due to a surge in coronavirus cases.

►Florida Rep. Vern Buchanan tested positive for COVID-19 after being fully vaccinated earlier this year, according to a release from his office Monday. The Republican is quarantining at home after experiencing “mild flu-like symptoms,” according to the release.

►A federal judge is allowing Indiana University to continue with its COVID-19 vaccine requirement for all students and employees. Eight IU students sought to block the requirement.

►With COVID-19 cases and hospitalizations up sharply over the last month in Alabama but still far below when the pandemic was at its worst early this year, school officials have said vaccines won’t be required in the fall and local systems can decide on their own whether to require masks or other precautions.

📈Today’s numbers: The U.S. has had more than 34.1million confirmed COVID-19 cases and more than 609,233 deaths, according to Johns Hopkins University data. The global totals: More than 190.8 million cases and 4 million deaths. More than 161.4 million Americans — 48.6% of the population — have been fully vaccinated, according to the CDC.

📘What we’re reading: An American female gymnast who is an alternate on the wildly popular U.S. Olympic gymnastics team has tested positive for the coronavirus. Four days before the opening ceremony of the postponed Tokyo 2020 Olympics, the Games’ nightmare scenario has become a reality.

Keep refreshing this page for the latest news. Want more? Sign up for USA TODAY’s Coronavirus Watch newsletter to receive updates directly to your inbox and join our Facebook group.

What to know about breakthrough infections

A positive case of a virus after vaccination against that virus is called a “vaccine breakthrough case.” They’re rare, but they’re expected.

The vaccines developed against COVID are amazingly effective, but they’re not 100%.

According to the CDC, the effectiveness of the Pfizer and Moderna vaccines are 94-95% after the second shot, and the Johnson & Johnson vaccine was 66.3% effective at preventing infection. Even in a best-case scenario, that’s at least 5 out of every hundred vaccinated people potentially vulnerable to infection.

If you are around people who are immunocompromised or children too young to be vaccinated or live or travel in an area with low vaccination rates, you may want to hang on to your mask for a while longer.

People who are vaccinated can cut down on the risk of transmitting the virus to someone else by wearing a mask, he said.

Music flooded England’s nightclubs as they reopened Monday night, and club-goers finally got the opportunity to party and dance the night away at full capacity. The country lifted the remaining coronavirus restrictions after more than a year of lockdowns, mask mandates and additional restrictions.

However, the freedom did come with some hesitations. COVID-19 cases in the U.K. are increasing as the delta variant spreads throughout the country.

In the past week, cases reached around 50,000 per day and Britain recorded just over 54,000 new cases Saturday, the highest they’ve had since January, according to data from Johns Hopkins University. The data also showed that deaths are still low but have risen from 10 per day in June to 40 per day last week.

He spent “Freedom Day” in quarantine after being in contact with Health Secretary Sajid Javid tested positive for COVID-19. British officials shared confidence that the vaccine will help curb infections, but 1,2000 scientists from around the world supported a letter in The Lancet, a British medical journal, calling the decision to release almost all restrictions “dangerous and premature.”

Why did the Dow drop 700 points on Monday?

Resurgent pandemic worries knocked stocks lower from Wall Street to Tokyo on Monday, fueled by fears that faster spreading variants of the coronavirus may upend the economy’s strong recovery.

Increased worries about the virus may seem strange to people in parts of the world where masks are coming off, or already have, thanks to COVID-19 vaccinations.

But the World Health Organization says cases and deaths are climbing globally after a period of decline, spurred by the highly contagious delta variant. And given how tightly connected the global economy is, a hit anywhere can quickly affect others on the other side of the world.

Tue Jul 20 , 2021
A traveller at Sydney Airport on April 19, 2021. Photo / AP Quarantine-free travel from South Australia to New Zealand will be paused from midnight. However, Covid Response Minister Chris Hipkins said people currently in the state who ordinarily live in New Zealand will be able to return on “managed […] 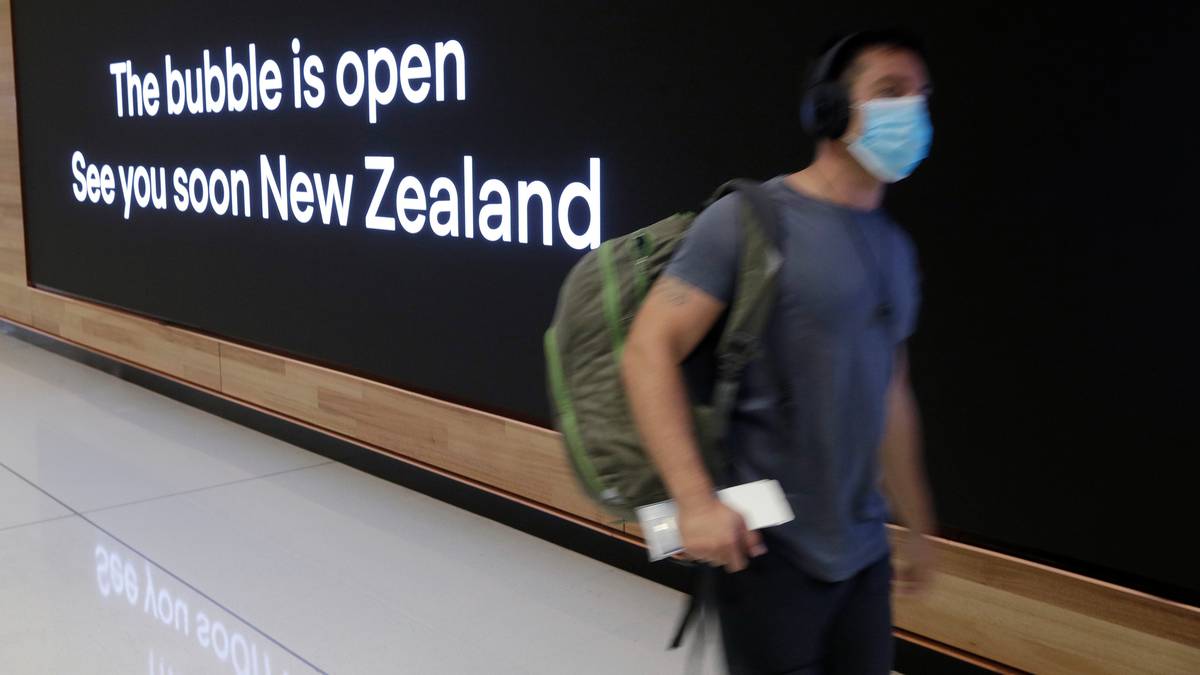