Howard (17-3): Sam Aslesen had 18 points, five rebounds and two blocks, while Tisyn Spader added 10 points and four assists. Jace Sifore had eight points and seven rebounds. The Tigers play in the Region 5B tournament on March 1.

GAYVILLE — Corsica-Stickney built a 10-point lead going into the fourth quarter and held off a late surge by Burke in the Great Plains Classic championship game Saturday.

GAYVILLE — Trailing heading into the fourth quarter, Colome held Avon to two points to score a win in the Great Plains Classic Saturday.

FAM (14-6): Connor Epp had 15 points and six assists, while Payton Arbach had 14 points and six rebounds. Quincy Blue had nine rebounds and six steals. The Bearcats compete in the Region 5B tournament on March 1.

TDA (9-10): Logan VanPelt had 10 points and eight rebounds. The Nighthawks travel to Colome on Friday.

GAYVILLE — Andes Central/Dakota Christian nearly overcame a 15-point deficit in the fourth quarter, but Gayville-Volin hung on for a win in the Great Plains Classic on Saturday.

Gayville-Volin (8-12): Kyle Hirsch had 15 points, while Andrew Gustad had 14 points. Spencer Karstens had 13 points and five assists. The Raiders compete in the Region 5B tournament on March 1.

ACDC (5-14): Xavier Hare had a game-high 20 points, while Cam’ron Thin Elk had 14 points. The Thunder travels to Marty on Monday.

Centerville (7-13): Logan Bobzin scored 23 points, while Will Kroger had nine points and nine rebounds. The Tornadoes compete in the Region 5B tournament on March 1.

Scotland (5-14): Stephen Johnson had 15 points, while Lucas Dennis pitched in 11 points. Parker Hochstein grabbed 11 rebounds. The Highlanders play in the Region 5B tournament on March 1.

MONTROSE — McCook Central/Montrose hit nine 3-pointers to close out the regular season with a win over Sioux Valley Saturday.

MCM (15-5): Madisen Koepsell scored a game-high 26 points to go along with eight rebounds and five steals. Ashtyn Wobig added 20 points on five 3-pointers, while adding nine rebounds and four assists. The Fighting Cougars host the winner of Tuesday’s Wagner/Madison matchup in the Region 5A semifinals Thursday in Salem.

Sioux Valley (11-9): Reagan Johnson had 16 points and eight rebounds, while Isabelle Bloker had 11 points. The Cossacks host Clark/Willow Lake in the first round of the Region 2A tournament Tuesday in Volga.

COLOME — Kadoka Area scored 20 points in the second quarter to push past Colome on Saturday.

Kadoka Area (7-13): No statistics were provided. The Kougars travel to Wall Tuesday in the Region 7B tournament.

Colome (7-13): Makayla Shippy scored 22 points and dished out six assists, while Clarissa Ringing Shield had nine points and five rebounds. The Cowgirls travel to Marty Monday in the first round of the Region 6B tournament.

Sun Feb 21 , 2021
Manchester United academy duo Amad and Shola Shoretire could make their Premier League debuts after being included in the squad to face Newcastle on Sunday. The pair were on the bench for the first leg of United’s Europa League last-32 tie against Real Sociedad on Thursday, with Amad coming on briefly […] 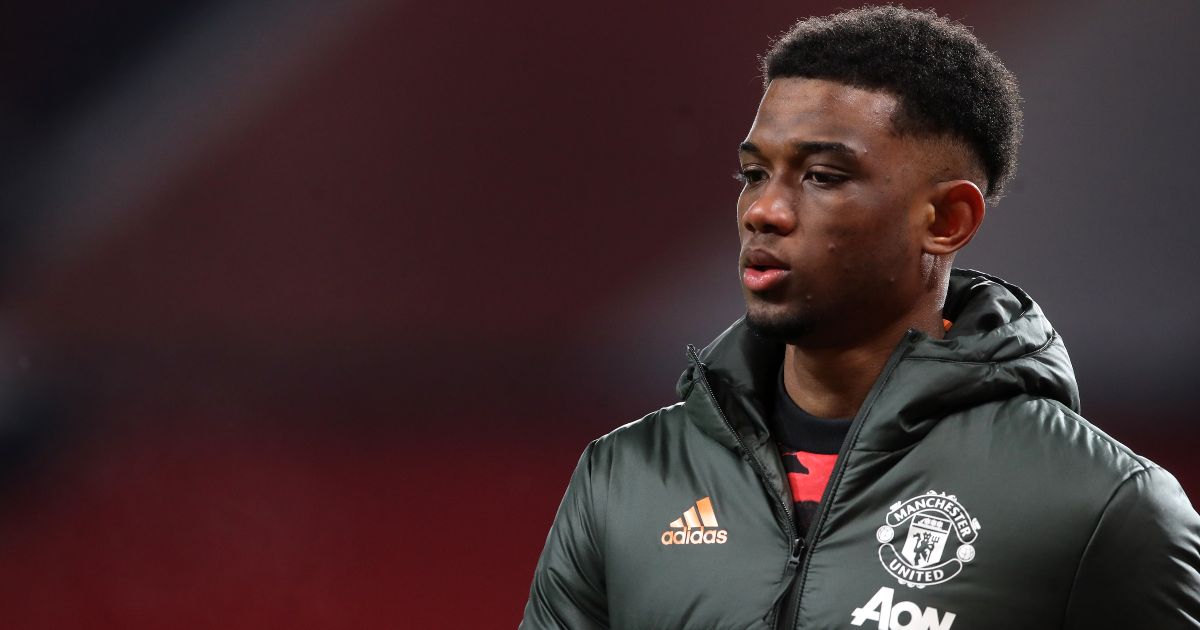