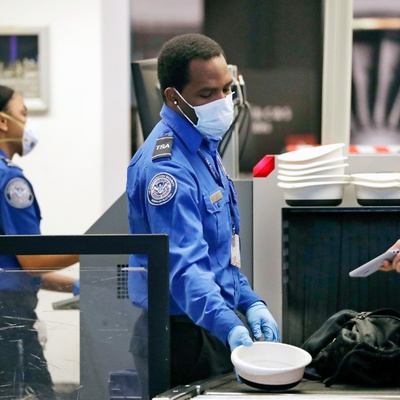 The Transportation Security Administration is planning a massive hiring surge in the coming months in an effort to reverse a recent trend of declining rolls, the Biden administration has announced.

TSA is seeking to fill 6,000 transportation security office positions by this summer, which would mark about a 12% uptick in that workforce. The agency said the hiring will be in anticipation of an increase in demand for travel, pointing specifically to the increasing availability of the COVID-19 vaccine. The summer months typically see a surge in the number of people passing through American airports.

While the pandemic has decimated the air travel industry, Americans have slowly started to board flights at a higher clip. Nearly 1 million people passed through TSA checkpoints on an average day last week, up from the low point of less than 100,000 in April. The increased number still represented less than half of the traffic over the same period in previous years.

TSA is planning to recruit nationally and divide its hiring across 430 airports. The Trump administration sought to restrict TSA hiring in its most recent budget, but Congress blocked that effort in its fiscal 2021 omnibus funding bill and instead provided funding for more staffing. The agency said it will employ targeted recruitment and virtual job fairs to bring on both full and part-time screeners.

“TSOs are a critical first line defense in securing our nation’s commercial air transportation system,” said Melanie Harvey, acting executive assistant administrator for TSA’s security operations. “We expect to screen a higher number of travelers regularly by the summer months and will need additional officers to support our critical mission.”

TSA has seen its screening workforce decline by several thousand since the pandemic started, in part due to directed efforts to cap staffing due to decreased demands. At many airports, TSOs were working just two days per week or even two days every other week. Thousands of TSA screeners have remained at home over the course of the pandemic after agency Administrator David Pekoske told regional leaders to approve “weather and safety leave” for anyone who felt uncomfortable coming to work due to an elevated risk of severe illness from exposure to the virus. At various points last year, at least 7,000 employees were home on administrative leave while thousands more were ordered to stay home after coming into contact with individuals who tested positive for COVID-19.

Nearly 7,000 TSA employees have tested positive for COVID-19 and 15 have died from related symptoms.