Imagine living with all your classmates and the majority of your town’s population under just one roof. Imagine your local post office, grocery store and police station being just an elevator ride away.

That’s Jenessa Lorenz’s reality, living in Whittier, Alaska where she and about 85% of the town’s roughly 300 residents live in one 14-story building.

After noticing Whittier trending on TikTok, Jenessa posted a tour of the building she’s called home for the past seven years. The video amassed over 14 million views.

“I made the video thinking, ‘OK, no one’s going to care about a tiny, tiny town in Alaska.’ The next day it had millions of views, and I was in shock,” Lorenz told USA TODAY. “Our town’s Facebook group posted my TikTok on their page too.”

Lorenz said the interest in Whittier has been “overwhelming” with most TikTok users wondering how one town survives under one roof. However, Lorenz said the building was created so residents never had to leave if they didn’t want to.

That’s because the building houses essential businesses such as the grocery store that sells basic cooking and cleaning supplies. For mail and crime inquiries, residents can take an elevator ride down to the post office and police station. There’s even a church located in the basement, Lorenz said.

Most students, including Lorenz, attend K-12 in Whittier Community School, and students can walk down a short pathway from the building to their classrooms. There are currently 60 students enrolled this school year, according to the school’s website. There’s only one other graduating senior besides Lorenz.

Accessibility to the town is tricky — you can enter by boat or a one-way tunnel that spans 2.5 miles. The direction of travel switches every 30 minutes, Lorenz said, and residents must plan doctor appointments and trips around the tunnel schedule. The tunnel opens at 7 a.m. and closes at 10 p.m.

Built during the Cold War, the building named The Begich Towers accommodates over 200 residents. The Alaska Railroad owns 97% of the town, so there are no single-family homes, according to a Slate article. The rest of the population lives in a smaller condominium, Whittier Manor.

“Things are different in Whittier but most of our community is just a floor away, which is great,” Lorenz said.

Hundreds flooded Lorenz TikTok comments area with questions towns such as “Where’s the nearest fast food restaurant?” “Is it a cult?” and “What is there to do for fun?”

In middle school, Lorenz said she and her friends would play card games and hang out in the basement or building’s lobby for fun. Now that they’re older, Lorenz said they enjoy the town’s glacier tours, hiking, skiing and bonfires.

Before moving to Whittier, her family lived in Anchorage, a town about an hour away. After spending weekends in Whittier, the family decided to permanently move to the small town surrounded by mountains and wilderness.

Lorenz’s family has lived in Whittier for the past seven years — her father is the current mayor and her mother is the local school’s secretary. In the fall, Lorenz plans to attend Montana State University with hopes of meeting new people and communities. However, she’ll return to Whittier every summer and is open to a future in the town.

“Whittier’s a great place to be so I’ll always keep in mind coming back and maybe even joining the city council and following in my dad’s footsteps,” Lorenz said.

As millions have taken an interest in Whittier, Lorenz hopes to promote tourism to the town during the summer. She plans to continue posting tours and Whittier history on her TikTok account to bring tourism, income and appreciation to her home.

“When we lived in Anchorage, it wasn’t the same. Whittier feels like home, all of us in this one building, we’re just a huge community and we love it,” Lorenz said.

Mon May 3 , 2021
MOUNT RUSHMORE NATIONAL MONUMENT, S.D. (AP) — Gov. Kristi Noem on Monday told South Dakota’s tourism industry to gear up for a busy summer, as she expects an influx of visitors itching to travel after more than a year of dealing with the coronavirus pandemic. During an event at Mount […] 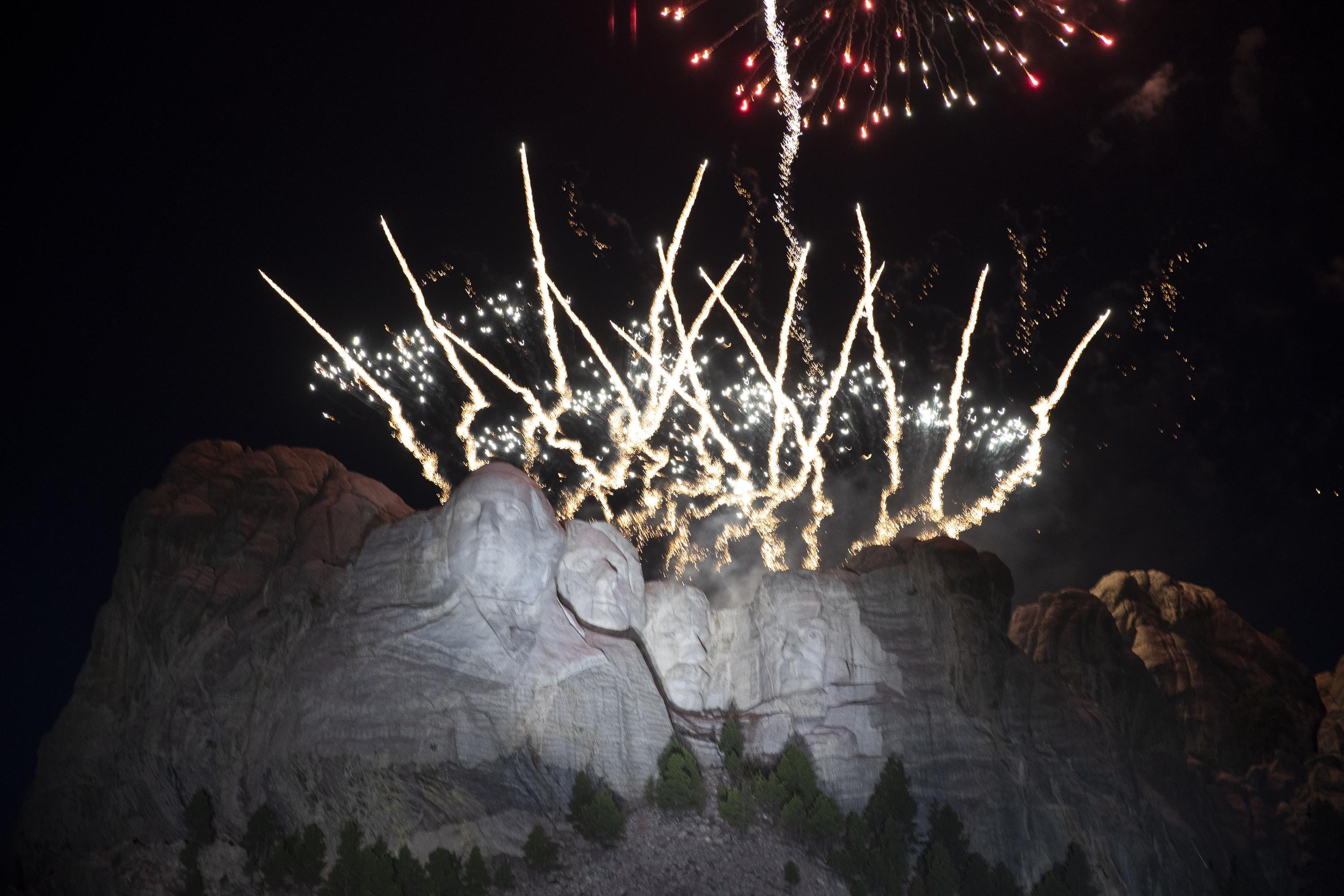