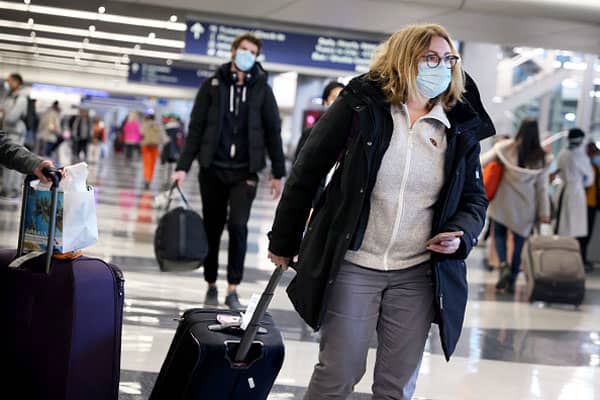 Travelers are returning to the skies, fueling optimism among airline CEOs that the battered industry has turned a corner in the coronavirus pandemic.

The Transportation Security Administration screened more than 1.34 million people on Sunday, 86,000 more people than the same day a year ago, shortly after the World Health Organization declared Covid-19 a pandemic.

That figure was still 45% below 2019 levels, a sign the industry still has a long way to go before recovering to pre-pandemic levels. But TSA screenings have topped 1 million every day since Thursday, hitting the best stretch in a year.

United Airlines’ shares surged more than 7% Monday after the Chicago-based carrier said it expects its core cash burn, which strips out debt payments, to be positive in the first quarter after estimating in January that it would lose $19 million a day during the first three months of the year.

CEO Scott Kirby, who was the most pessimistic among airline chiefs a year ago when the pandemic began, expressed optimism on Monday about long-term travel demand.

Delta Air Lines’ CEO Ed Bastian said the carrier will likely be “at or pretty darn close to breakeven for the month of March” thanks to stronger bookings, though the quarterly cash burn will average $12 million to $14 million in the first quarter, compared with an earlier range of between $10 million and $15 million.

American Airlines has also logged an increase in demand recently.

“Our last three weeks have been the best three weeks since the pandemic hit, and each week has been better than the prior one,” CEO Doug Parker said at the JP Morgan conference. “And that appears to be continuing here into the fourth week of that period.”

Delta Air Lines and JetBlue Airways on Monday also said bookings have been on the rise this month as vaccinations against Covid-19 rose.

JetBlue said it expects to post earnings before interest, taxes, depreciation and amortization of negative $490 million to $540 million during the first quarter, better than its previous forecast for a loss of $525 million to $625 million.

JetBlue’s CEO Robin Hayes said the industry has “been in the emergency room for a year” and is now moving into “a recovery phase.”