This week expanded federal unemployment insurance benefits expired for millions of workers. For those in states that did not already end the $300 federal bonus and expansions of unemployment benefits to workers who would not traditionally receive them, this will mean an end to over a year of unearned income. Despite the fear-mongering that unemployed Americans will face financial ruin, there are reasons to believe that not only is this expiration overdue but that workers, especially women, will be better off for it and end up with benefits that exceed a monthly check.

Unemployed workers are entering a labor market that is much stronger than one year ago; one that gives workers more leverage to negotiate on their own terms.

There are a record-high 10.9 million open positions according to data released Wednesday by the Bureau of Labor Statistics (BLS). During the month of July, the largest increases in job openings occurred in industries that tend to attract women. Health care and social assistance added 294,000 new jobs, and accommodation and food services added 115,000 positions. Although retail, a popular industry for female workers, added fewer new positions in July than it did in June, it still added far more new positions than months prior. For women, there is an added benefit to jobs in hospitality and retail industries: flexibility. Many hospitality workers choose this line of work because they can earn a living around their own schedule. It allows them to balance employment with other responsibilities such as raising children, caregiving for sick or aging relatives and even starting their own businesses.

With ample positions waiting to be occupied, workers have greater choices among positions and more leverage in negotiating with future employers to secure the employment situation that meets their needs.

Workers will also find that wages are generally higher than when they left the jobs market last year. The recent August jobs report may have delivered a disappointing 235,000 total jobs created, but it did have positive news for workers: Wages continue to rise at a fast pace. Average hourly and weekly earnings both increased by 4.3 percent from one year prior. Wages in leisure and hospitality jumped 10.3 percent over the year.

These wage increases are critical to low-income workers who are losing more of their paychecks to inflation. Everything from bread to diapers to gas is more costly today than a year ago, so while a pay increase is a welcome benefit of rejoining the workforce, rising inflation will eat away at those gains. The double-edged sword of rising wages is that it is contributing to inflation. When employers raise pay to attract workers, they pass those increased labor costs along to customers. This vicious cycle will continue until workers rejoin the labor force.

Workers, especially those at the lower end of the income ladder, know that their labor is more valuable and are raising their expectations for how much they should be paid. According to a survey released this week by the New York Federal Reserve, the lowest wage respondents would be willing to accept a new job, called the reservation wage, increased sharply to $68,954 in July 2021, from $64,226 one year prior. Women’s wage expectations are slightly higher this July ($47,175) compared to last year ($46,522), although it too fell significantly from a high in March of 2021 ($54,175). However, the strongest growth in wage expectations over the prior year was among workers without college degrees.

Not every worker who has lost benefits prefers or can return to the labor force in a traditional 9-5 job. Workers, especially women, may be pleasantly surprised by the growth of gig economy jobs and freelance work. Some 57 million Americans — about one-third of the labor force —freelanced last year according to estimates and nearly half of those people are women. Independent contracting provides flexibility and earnings along with fulfillment as workers utilize their skills, talents and time to fill market needs.

The pandemic accelerated the growth of the gig economy by offering jobs to workers when other employers were shut down and introducing workers to a world of flexible positions. Because the jobs range in skill, experience, and education level, workers without college degrees and little or no experience can find opportunities just like those higher up on the income and education scale. It is critical that neither the Biden administration nor Congress thwarts freelance work by passing ill-advised legislation such as the Protecting the Right to Organize Act (PRO Act) or labor regulations that would reclassify millions of independent contractors. Killing flexible work at a moment when the labor market needs more of these positions will hold women and low-income workers back.

Americans declined nearly 2 million job offers last year because of the generous federal unemployment benefits. With these incentives not to work out of the way, many workers will reenter the labor market and they might just like what they find.

Patrice Onwuka is the director of the Center for Economic Opportunity at Independent Women’s Forum.

Sat Sep 11 , 2021
Malaysia’s new prime minister says a regional travel bubble, including the ten members of the Association of Southeast-Asian Nations and China, would help business and tourism recover from the effects of the coronavirus pandemic. Malaysia is already planning to reopen its resort islands to domestic visitors next month and hopes […] 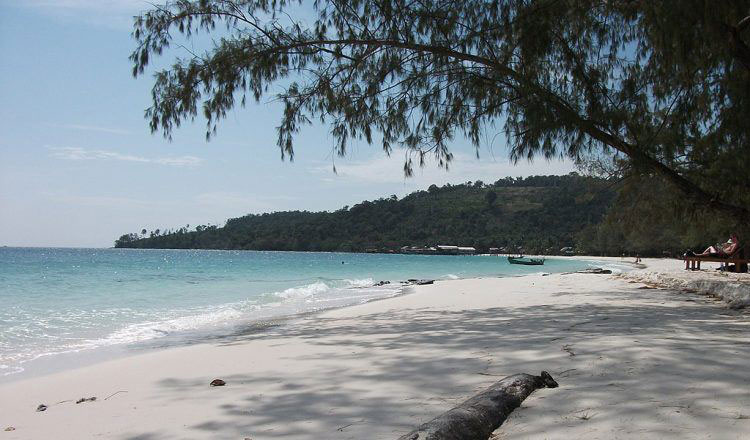