Master traveler Anthony Bourdain was not one to mince words about any destination. As he said in a “No Reservations” episode in Croatia, “If you like food and haven’t come here to eat, you’re really missing the ******* boat.”

He spent up to 250 days each year on the road, first for his series “No Reservations,” and later for “Parts Unknown,” and he had an opinion about every place he went, as he noted in “Parts Unknown” about Brazil: “Even people who are afraid to travel, who said, ‘Oh, well, but I hear…’ You know what? Live your life, man. You should not miss a place like this.”

Laurie Woolever was Bourdain’s assistant, and co-author of their 2016 cookbook, “Appetites.”  In 2018, they’d just started to collaborate on a travel guide … then came the news of his death.

“CBS This Morning” co-host Anthony Mason asked Woolever, “What did you think would happen after Tony died?”

“Right away, I thought, that’s the end of that book,” she replied.

But Bourdain’s family urged her to finish it. The result, “World Travel: An Irreverent Guide,” incorporates Bourdain’s unique voice and observations about the world.

Mason asked, “I imagine in some ways you could hear his voice all the time.”

“Oh, absolutely,” said Woolever. “I mean, there’s so much of, ‘What would Tony do,’ in any circumstance. Working with him for ten years, I was very steeped in his voice, in his work.”

And she had the notes from their initial brainstorming session: “I taped the whole thing, thank God,” she said. “And I had a list of every place he had ever been.”

“It was a very long list. The ones he said yes to, he also would have very clear and sometimes very emotionally-resonant memories about those places.”

The result: an irreverent guide to cities, restaurants and hotels, for those who want to travel like Bourdain … or at least to read about it.

What does it mean to travel like Bourdain? Said Woolever, “I think it means to be very open to whatever it is that the place is offering, and to try and not go in with your one, set agenda of, ‘This is how I travel.’ He was willing and open to accept what it was that people wanted to give him. He was an incredibly gracious guest.”

Of course, a good meal was always a centerpiece of Bourdain’s adventures. We may not be able to travel like Bourdain right now, but we can eat like him. Mason caught up with Woolever at Bar Boulud, a New York restaurant recommended in the guide, where the charcuterie board offered Pâté Campagne and Pâté normal.

“This was something that Tony loved so much,” said Woolever. “It’s kind of a dying art.”

Or as Bourdain called it, “Food for the gods.”

In 2014, for “Parts Unknown,” the pair traveled together to Lyon, France, the place where Boulud and so many other world-renowned chefs got their start. Boulud told Mason, “The trip to Lyon was fabulous. Tony was almost intimidated. And sometimes I was intimidated to be with Tony!” he laughed.

Mason asked, “Why were you intimidated?”

“He had seen so much. And I felt, like, am I gonna be able to be up to par and show him enough that he feel like that was worth the trip?”

It was worth the trip – the meal of a lifetime with the legendary chef Paul Bocuse evolved into a hunting trip, and later an intimate gathering of friends:

Boulud said, “Only thing he cared was to connect with people who really were connected with their life, their family, their country, through food.”

And for Bourdain, that food didn’t have to be fancy.

In 2016, for “CBS This Morning: Saturday,” Mason met with Bourdain at Pastrami Queen in New York, which is also in the travel guide.

“So, you don’t like being fussed over at restaurants, do you?” asked Mason.

“No, I don’t,” Bourdain replied. “I don’t wanna be comped. I don’t want extra courses. Just serve me like anybody else.”

Pastrami Queen, Bourdain said, was his “go-to. This is what I crave. No matter how well I’ve been eating, or where that might be, this is the first thing I want and need.”

Bourdain made hundreds of trips and traveled thousands of miles. But writing the travel guide was a journey that Laurie Woolever had finish for him.

Mason asked, “You think he’d be happy with it in the end?”

“I hope so,” she said. “I was constantly asking myself, ‘How would Tony feel about this or that? And what would be important to him?’ So, I hope that I did a good job. And I know that he would be happy with the idea of being able to share this worldview with people.”

“World Travel: An Irreverent Guide” by Anthony Bourdain and Laurie Woolever (Ecco), in Hardcover, eBook and Audio formats, available via Amazon and Indiebound | Read a sample

Mon Apr 26 , 2021
The Hong Kong-Singapore travel bubble was meant to begin in November last year. April 26, 2021, 11:04 AM • 4 min read Share to FacebookShare to TwitterEmail this article HONG KONG — Hong Kong and Singapore have agreed to launch a travel bubble from May 26. If all goes to […] 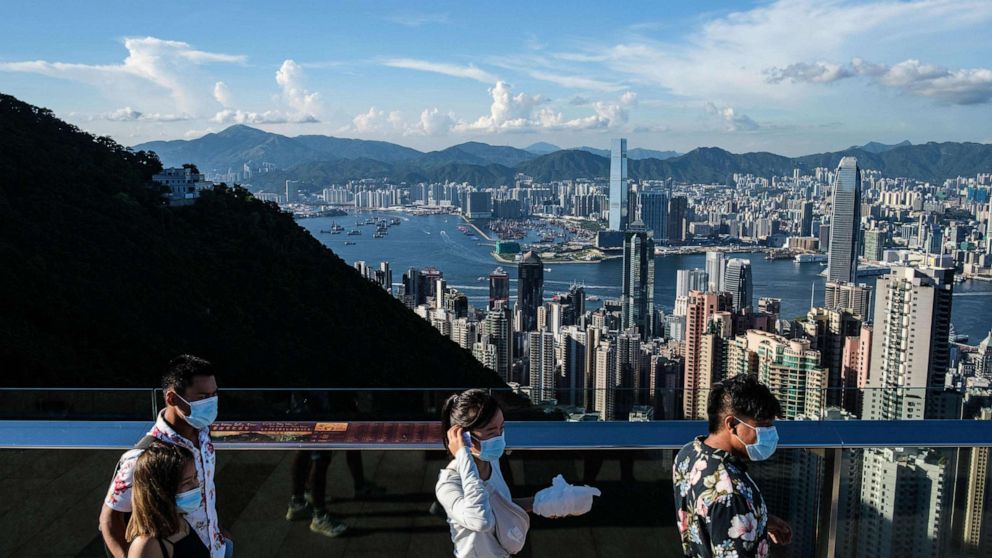