15 Places So Cheap You Might Not Have To Work 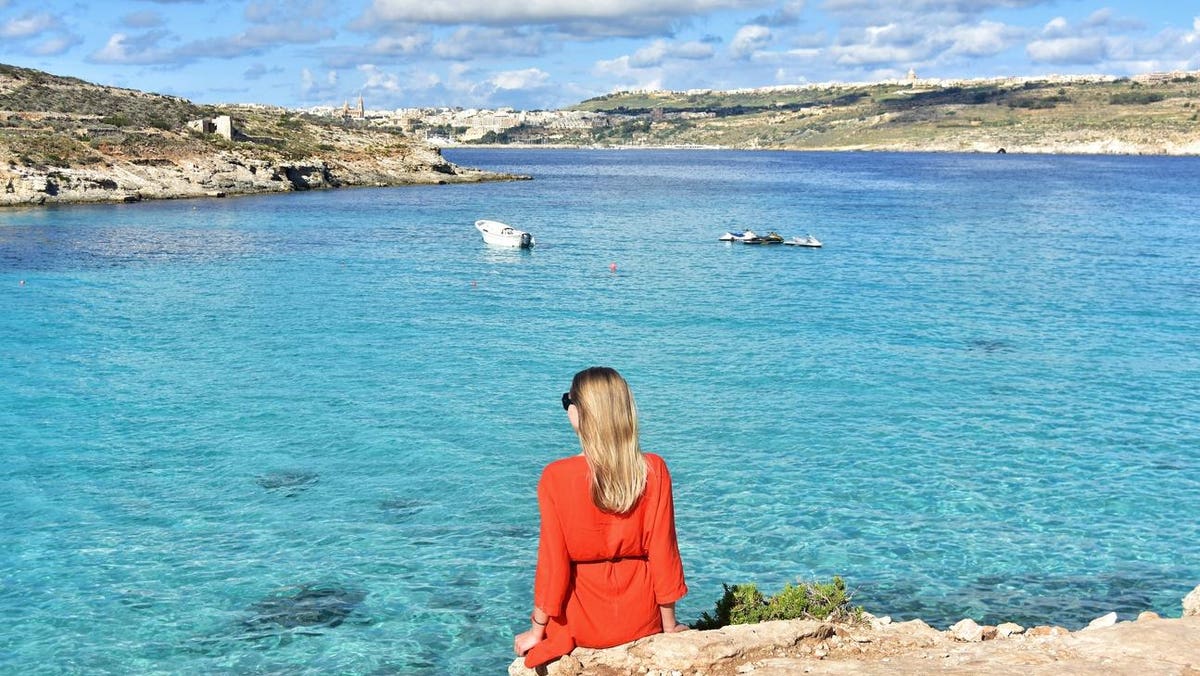 Remote work is one thing, but why not just quit that day job and move to an island that’s so cheap you don’t have to work and can spend your life on permanent vacation? A new report from International Living—a magazine and website devoted to good-value living, travel, investment and retirement abroad—shows that it might be possible.

International Living recently unveiled 15 cheap islands around the world where you can retire early and live on as little as $1,200 a month. “The idea of an island escape comes wrapped up with romance and adventure, but people usually put the idea in the category of fantasy—something only the very wealthy could pull off,” says Jennifer Stevens, executive editor at International Living. “In truth, though, all kinds of good-value islands sit tucked into the world’s waters, and many of them offer a cost of living that’s much lower than in the U.S.”

So read on to find out about 15 places that will make your island dreams come true. We’ve listed the islands in order of cost, starting with the cheapest. One thing to keep in mind is that prices are based on the cost for a couple; the cost for a single person will be about a quarter to a third less. And remember this: “There’s such a pent-up appetite for travel right now—and I think people are dreaming. But they should know: An island life really could be a reality—a lot more affordably than they probably realize,” says Stevens.

Phu Quoc may be the largest island in Vietnam, but it’s an intimate place—not much bigger than the city of Chicago, with barely 100,000 full-time residents. Adventurous expats love it here, since more than half of the island has protected parks and reserves, plus at least 20 beaches. This is as cheap as it gets: “A meal for two at most local restaurants, including several dishes of fish, shrimp, crab, squid, shells, sides and beverages won’t cost more than $30,” says International Living. Add it all up—with rent—and a couple can live here on as little as $1,210 a month.

Off the coast of Panama is Isla Colon, which is one of the tiny islands in the Bocas Del Toro chain. Here you’ll find the dream Caribbean lifestyle, where a couple could live comfortably for as little as $1,400 a month (or $1,200 if you’re single). “You’d be living hand-to-mouth on that budget back home,” points out Stevens. “But there you could have a home a stone’s throw from the beach and spend your days fishing, sailing—yes, living simply—but in the sun and with a lot less stress.”

“The island of Penang, off the coast of Malaysia, has been a firm favorite among savvy expats for decades,” says International Living. If you’re a foodie, you’re in luck: A few years back, Lonely Planet called Penang the top foodie destination to visit in the world. Plus, its Southeast Asia location makes it easy to travel to places like Bali, Thailand, Vietnam and Cambodia. A couple can live a luxurious life on a monthly budget starting at $1,500 a month.

“Caye Caulker, a five-mile-long island off the coast of mainland Belize, is a charming Caribbean island where ‘go slow’ is the motto,” says International Living. Expats love the nature, the water-related outdoor activities, as well as the abundant inspiration that attracts a lot of artists, photographers and writers. A couple can live comfortably here starting at $1,500 a month.

Thailand’s second largest island, Koh Samui is a coveted expat destination, thanks to its countless choice of great spots to relax. “It is also fast becoming a golfer’s paradise,” says International Living. You’ll find world-class beaches, secluded bays, expansive jungles and cascading waterfalls. According to International Living, expat couples report living here for as little as $1,500 a month. Bump that up to $2,000 a month and you’ll be living like royalty.

Crete is the biggest island in Greece and makes an excellent choice to live for many reasons: world-class beaches, seaside tavernas, a relaxed vibe and a good medical infrastructure. “The cost of living in Crete largely follows the cost of living in mainland Greece and because Crete is so big, you’ll have lots of housing options,” says International Living. The cost for a couple to live here: as little as $1,800 a month.

Surrounded by warm, clear Caribbean waters, the Mexican island of Cozumel is a well-established vacation destination—and a great spot to quit your job and live a dream life. “Cozumel offers good value for dollars spent, even when it comes to housing,” says International Living. The cost: less than $1,900 a month for a couple.

“With so many beaches encompassing the coastline and with lush mountain ranges throughout its center, Bali has lured many an expat,” says International Living. The weather is warm and tropical, though it can be cooler in the mountains (and even the rainy season has many sunny days). Rent is cheap here: According to International Living, you can find a villa in a place like Ubud for $500 a month. A couple can live well in most towns on Bali for $1,900 a month.

About eight miles from Cancún, Isla Mujeres is worlds away in spirit: Most people use golf carts to get around. “It’s no longer a hidden gem, but rather has grown into a mature destination where expats can enjoy an affordable island retirement in casual, Caribbean comfort,” says International Living. According to International Living, a single person can live here on as little as $1,700 a month, but a couple can get by on $2,000; raise it to $2,500 a month, and they’ll have a very nice life, indeed.

“If you love the idea of a fusion of Europe and the Caribbean then head for the northeast Samaná peninsula and check out Las Terrenas,” advises International Living. French expats originally discovered this island tropical paradise in the Dominican Republic, and you can still see that influence, with upscale restaurants and bakeries. A couple can live here for around $2,000 a month.

Formerly a secret divers’ getaway, Roatan is now a livable island haven that’s popular with expats. Think white-sand beaches, rocky coves, colorful fishing villages and a mountainous jungly interior. It’s one of the most affordable places to live in the Caribbean: According to International Living, a couple could live well starting at $2,000 a month.

The Spanish island of Mallorca is ringed with marinas and natural rock-lined coves. “You’ll also find Roman ruins—evidence of its importance as an outpost of that empire,” says International Living. It’s got a year-round mild climate and a relatively affordable lifestyle. According to International Living, a couple can live well on $2,500 a month.

The tiny island nation of Malta measures just 122 square miles but as International Living points out, it has something for everyone—“from ancient walled cities and breathtaking coastal trails to countryside farmhouses and charming restaurants.” The weather is warm year-round, and U.S. dollars go surprisingly far, with couples living comfortably on $2,600 per month. And guess what? If you want to try it on for size, Malta has a new program that will pay you to visit.

Set on the edge of the Atlantic Ocean, Ireland is extremely alluring, given that it’s got such a laidback life and “in most towns and villages, you’re never too far from the ocean,” writes International Living. (It’s also one of the cheapest places to fly to in Europe right now, according to a new report.) The cost? A couple could live quite comfortably on a budget of around $2,800 a month.

Ambergris Caye is Belize’s largest island and it’s spectacularly beautiful, surrounded by stunning turquoise seascapes. It’s also not overly developed. According to International Living, a couple can enjoy a comfortable life in Ambergris Caye, including rent, starting at $2,950 per month. “If you own your own home on the island outright, then expats report it’s possible for a couple to live quite comfortably on less than $2,000 a month,” says International Living.

• $12,000 Houses In Italy: Two Surprisingly Cheap (And Beautiful) Villages Making It Easy To Move There